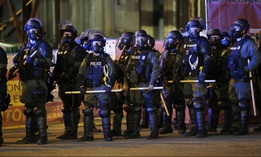 Some top mathematicians and computer scientists are devoting time to the problem.

If "Goldilocks and the Three Bears" were written today, bike-share stations would play the role of the porridge. A station that's too full is a bad thing, because that means riders can't return a bike there. A station that's too empty is also a bad thing, because that means potential riders can't rent from there. To keep members happy, you need to get the number of bikes at a station just right.

Operators know this as the "rebalancing" problem , and it's not nearly as easy to resolve as it might seem. On the contrary, some of the world's top mathematicians and computer scientists are addressing the challenge right now. In this week's issue of Science , Vienna correspondent Chelsea Wald reports that as many as 30 researchers are devoting serious time to rebalancing—some in collaboration with bike-share operators in major cities.

The goal of this research is to derive algorithms directing the vans and trucks that bike-share operators use to shuffle bikes from station to station within a city. Trouble is, rebalancing is a moving target with several layers of complexity. You not only need to predict how many bikes a station will need at a certain time, but you need to minimize the (costly and time-consuming) movement of these vans and trucks—and you need to do it all while the system is in use.

Here's Wald on the work of Günther Raidl of the Vienna University of Technology, who's been assisting the operators of Citybike Wien:

Raidl's approach, which he developed with colleagues at the Austrian Institute of Technology, resembles the "pickup and delivery vehicle routing" algorithms that package delivery services use to route their trucks most efficiently. His algorithm—which gives updated suggestions throughout the day—also takes into account a forecast of demand based mainly on season, day of the week, and weather.

The problem is so complex, writes Wald, that Raidl's algorithms can't possibly come up with an "exact solution" and instead hope for "approximate" ones. If you still don't believe there's some serious math involved, check out one of the equations from one of Raidl's research papers on rebalancing. Paging Matt Damon:

Even with a good algorithm, the dynamics of city traffic make it tough for rebalancing trucks to get from Station A to Station B in time. In New York, the trucks have such a hard time maneuvering at rush-hour that the operator of Citi Bike has employed riders to shuttle little trailers capable of holding three bikes at a time. Last week, Citi Bike officials told the blog Bowery Boogie that these trailers are "much more effective" at weaving through traffic, especially over short distances.

And Citi Bike—which works with computer scientist David Shmoys of Cornell University, according to Wald—has done a better job on balance lately. The bikeshareNYC blog keeps a NotSpot index tracking how many Citi Bike stations are empty or full. In recent weeks, Citi Bike has been squarely in the rebalancing "green" zone, meaning only 20 to 33 stations were not usable at the time of the survey. Here's the latest index:

Algorithms aren't the only option. Wald reports that at least one researcher is modeling a system in which driverless bike-share trucks could rebalance stations automatically. Of course, an easier way would be for bike-share systems to use electric bikes that shuffled themselves . But the thought of a bike traveling without a rider does bring up the problem of, you know, balance.