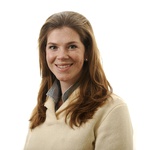 California has a new law to protect Californians' right to Yelp.

Known as the "Yelp Bill," Assembly Bill 2365 makes it illegal for businesses to prohibit or fine customers from writing negative online reviews.

Online reviews can make or break a business, and small businesses are especially vulnerable. Paranoia has driven some businesses around the country to sneak non-disparagement clauses into contracts to thwart bad reviews.

The new state law makes these kinds of provisions illegal, and businesses in violation of this law could face up to $10,000 in fines.

Yelp celebrated the passage of the law, calling it a victory for free speech.

"A five-star rating for a business who had used one of these clauses to simply scare all negative reviewers into removing their comments wouldn't really represent the experience a consumer could expect to have at that business in our opinion," Yelp's head of government affairs, Laurent Crenshaw, wrote in a blog post Wednesday.

California is the first state to pass legislation on the issue, but this is still a potential problem in other states.

The bill was inspired by a Utah couple whose credit score was damaged after they were fined $3,500 for unwittingly violating a retailer's "Terms of Sale" contract by posting a bad review, according to the bill's author, Assembly Speaker John Pérez.

Just last month, a New York hotel came under fire after newlyweds realized the hotel had sneaked into their contract a $500 fee for any negative reviews posted by their wedding party.

There have also been reported instances of medical and dental offices fining patients for bad reviews.

Rep. Eric Swalwell, D-Calif., plans to introduce similar legislation at the federal level in the near future.

(Image via Spirit of America/Shutterstock.com)

NEXT STORY: What Three U.S. Secessionist Groups Think About the Scottish Independence Movement