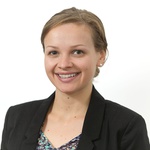 Did you ride Metro to work today? Then we've got some news for you.

The House Appropriations Committee will vote on a transportation-funding bill Wednesday that would cut by half the amount the federal government gives the Washington Metropolitan Area Transit Authority each year. The bill provides $55.3 billion for the departments of Transportation and Housing and Urban Development.

Since 2008, Congress has annually appropriated $150 million for Metro's capital improvement budget under the Passenger Rail Investment and Improvement Act. The District, Maryland, and Virginia have matched that, contributing $50 million each. The proposed GOP legislation would mean Metro would start its fiscal year in July with just $75 million in federal money.

Lawmakers who represent House districts in the Washington metropolitan area criticized the spending bill when it was unveiled last month. "It really feels like a betrayal of trust," Democratic Rep. Don Beyer of Virginia said then. "It also is a failure to recognize that Metro is the nation's transit system. How does Washington, D.C., the capital of the free world, run without a significant, sustained investment in Metro?"

WMATA has said it will take billions of dollars over several decades to repair, replace, and upgrade its aging rail system.

House Republicans have proposed cutting Metro's budget for capital projects before. And Senate Democrats, led by Barbara Mikulski of Maryland, have always restored the funding. But this legislation, The Washington Post's Paul Duggan and Mike DeBonis point out, marks the first time such a reduction has been included in an initial draft of an appropriations bill. This year also marks the first time Republicans control both chambers of Congress since the Passenger Rail Investment and Improvement Act was signed into law. Democrats could face a much tougher challenge in making their case to give WMATA the full $150 million.

Should WMATA and its congressional allies need any more evidence for why they could use the money in full, Monday morning's reaction to major delays should help. Some commuters took to Twitter to vent their frustrations with the closures of the Blue, Orange, and Silver lines for several hours, which resulted in long rides, increased traffic aboveground—and, our favorite—platforms overflowing with humans. Here are some people who probably wouldn't be happy to hear about this week's committee vote:

Note to self: Never leave earbuds at home when riding @wmata. 1.5hrs in and losing the ability to block the singing and conversations.

Bus driving around in circles in Rosslyn, supporting my long-held belief that Rosslyn = Purgatory. @wmata #thelongestcommute

Priscilla Alvarez contributed to this article.