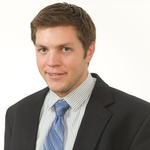 The Washington legislature could vote remotely. Others may do the same. But what about smaller governments without the necessary technology to hold virtual meetings?

This story originally appeared on Stateline, a project of the Pew Charitable Trusts.

In the epicenter of the United States coronavirus outbreak, Washington state lawmakers are scrambling to pass a $100 million package to combat the disease before their legislative session ends Thursday.

They’re also preparing to close the Capitol at a moment’s notice if coronavirus is found in their midst. If a legislator or staffer is diagnosed with COVID-19, the disease caused by the latest coronavirus—or if the state’s public health officials advise a shutdown—the legislature would adjourn abruptly and look for alternative methods to finish the year’s business.

“We're racing to the finish line here in hopes that we don't have to answer that question,” said state Sen. Annette Cleveland, a Democrat who chairs the Health & Long Term Care Committee.

Members already have been told that the Capitol campus will close immediately and the legislature will adjourn if a member or staffer were to test positive for coronavirus.

Across the country, state and local governments are moving quickly to respond to the outbreak, and the question of how Washington state lawmakers would go about their jobs has implications for other statehouses. Separate from the emergency powers granted governors, legislative authority includes passing emergency bills and making appropriations to bolster public responses.

The Washington legislature has procedures in place to allow work to continue, said Brad Hendrickson, secretary of the Senate, even though the situation is unprecedented.

“We're in new territory here,” he said. “The legislature is not a building. It’s an institution. Whether it's a large conference call or some sort of a Skype process, we do have that authority to [vote remotely] if required.”

In 2001, lawmakers convened one session at a bus stop near the Capitol after an earthquake forced them to leave the building, Hendrickson said.

But if the legislature shutters abruptly, it’s more likely legislators would re-adjourn later in the year and complete their business with a 30-day special session, he said. Because the state’s biennial operating budget passed last year, state employees will be able to continue their work even if lawmakers postpone some votes.

Hendrickson said lawmakers are prepared to close the Capitol on “very short notice” if advised to do so by the Washington State Department of Health or Thurston County Public Health and Social Services.

The leaders gathered in Olympia also are keenly aware that transmission of coronavirus in their own ranks could have outsize effects, as they will soon disperse to every corner of the state—back to districts where they have a high degree of social contact.

“We're in a difficult situation that does bring people in from all over the state to one location,” he said. “It's definitely a concern.”

Cleveland said she is considering changing her end-of-session town hall meeting to an online or call-in event to reduce the risk of spreading the disease. She also has ensured that tissues, disinfecting wipes and hand sanitizer are at each senator’s desk.

Meanwhile, legislative staffers have been more vigilant about staying home if they feel ill, and the Capitol is being cleaned frequently and extensively. Many lawmakers have opted to stop allowing visitors into their offices, and state information technology workers are expanding bandwidth so more staffers can work remotely if need be.

Gov. Jay Inslee, a Democrat, has announced he will no longer hold public bill signings, to reduce the risk of spreading coronavirus. Tara Lee, a spokeswoman for Inslee, said the governor is “still looking at options” to prevent or react to the spread of the disease within state government.

State leaders also are preparing for an economic hit as a result of the outbreak. Lawmakers already are bracing to write an operating budget next year that reflects new financial realities.

While the legislature is scheduled to finish its session this week, officials in city, county and other local governments will have to continue their work while dealing with the ongoing spread of the outbreak.

The leaders of Washington’s 39 counties have been told it’s inevitable that they all will have cases in their jurisdictions, said Eric Johnson, executive director of the Washington State Association of Counties.

State law allows local governments to hold virtual meetings if necessary, he said, and most Washington counties are prepared to do so if the spread of coronavirus requires them to shut down their usual facilities.

“Most of our counties have the capability to have telephonic meetings,” Johnson said. “That generally complies with the Open Public Meetings Act if you continue to provide access for other individuals to participate.”

Some counties have begun postponing hearings on hot-button issues, he noted, wary of bringing in large crowds who want to weigh in.

“You won't be hosting a large land-use update that would drive several hundred people to a public hearing,” Johnson said. “You'd wait until another time when it was more safe or develop safer options like remote testimony.”

Many counties also have begun instructing some workers to telecommute, while encouraging residents to use online resources when they can instead of coming to the courthouse. About half of the state’s counties have opened their emergency operations centers.

Washington’s city governments are making similar preparations and can hold virtual meetings, said Candice Bock, director of government relations for the Association of Washington Cities. The Seattle City Council has begun holding meetings by telephone, streaming them online for the public and making the audio available in a meeting room.

Smaller, rural cities and towns may face challenges if they’re not equipped with the technology to hold virtual meetings.

“That's something they certainly would have to overcome, what kind of technology they have available,” Bock said.

Many other state legislatures are scheduled to continue their sessions in the months ahead, even as the disease is expected to spread throughout the country.

According to the National Conference of State Legislatures (NCSL), lawmakers in Oregon and Wisconsin can hold electronic meetings and votes in an emergency, and Colorado’s legislature allows for “new or streamlined methods of operations” and may suspend rules in order to “function effectively during the disaster emergency.”

NCSL wasn’t sure about other states, and said it was still compiling information related to continuity of government during public health emergencies.

“We should stay home and not contaminate others,” Feiner wrote in a letter to legislative staff. “At the same time many lawmakers take our jobs seriously and we want to participate in the legislative processes.”

NEXT STORY: Thousands of Foster Children Were Sent Out of State to Mental Health Facilities Where Some Faced Abuse and Neglect